The meeting with foreign guests was organized as part of the activities within the on-going project on the premises of Siberian Institute of Physics and Technology. The project aims at the enhancement of students’ English speaking skills. It was launched in June, 2015 by the initiative of the Faculty of Physics and the Faculty of Foreign languages in Tomsk State University.

During the meeting the students of SPGroup had a chance to practice their skills of welcoming foreign guest in English as well as to learn some interesting facts about a student life in Durham University comparing  it with the life in TSU.  Magdolna Molnar came to Tomsk to study Russian and she shared her experience in studying English in England, since English is not her native language. As many Russian students, she had some problems being a first year student at the History Department but natural setting, friends and staff helped her become  a very fluent speaker.

During the meeting the students of SPGgroup got deeper insight not only into the system of education in Great Britain, but also got acquainted with some traditions of English student communities, sharing a cup of tea or coffee during the break.

Sjoerd Bouma, a Dutch student at the Faculty of Natural Sciences, Durham University, UK, was of great interest to the SPGroup not only as a foreign guest, but also as a physicist. Sjoerd is a third year bachelor student majoring in physics. During the discussion he touched upon the issues of general physics and recommended some books for future physicists. He told a few words about his research interests and experience and was pleasantly surprised when the students of SPGroup mentioned that students in TSU have a chance to participate in international conferences even during their first year of training.

After an hour and half non-stop marathon in English the hosts and the guests exchanged their contacts and wished good luck to each other leaving their kind regards in the Visitor’s Book.
Фотографии: 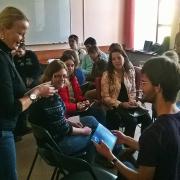 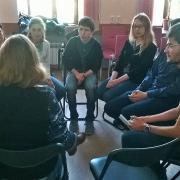 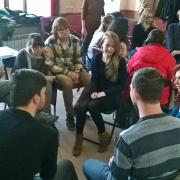 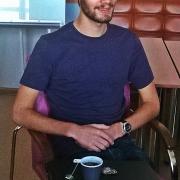 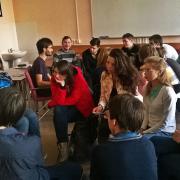 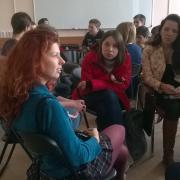 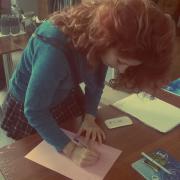