December 21, 2015 a regular English class for SPG students was transformed into one exciting project activity which resulted in colorful festive posters displayed in the hall of The Siberian Physico-Technical Institute (SFTI), Department of Physics. The task was to create a poster presenting New Year’s Resolutions for Early-Career Scientists for 2016 and Achievements of TSU and Department of Physics in 2015. The only strict rule to follow was not to pronounce a word in Russian while having fun defining, planning and executing an idea in close collaboration with team members.  The students were not taken back by the rule to speak only English and managed the task successfully being inspired by jolly traditional Christmas tunes.
Фотографии: 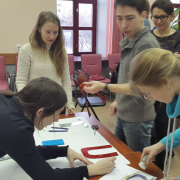 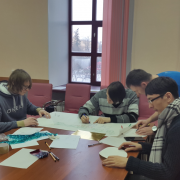 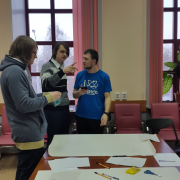 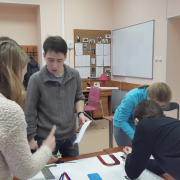